CALGARY, ALBERTA – APRIL 28, 2021: The ITeam, Calgary’s leading source for Managed IT support, was named one of Canada’s Top 100 Solution Providers during a special ceremony held April 28. The annual ranking is produced by Channel Daily News (CDN) with verification provided by IT business intelligence and analysis leader IDC Canada. The rankings are based on 2020 revenue submitted by Canada’s leading channel players. The ITeam moved up four spots from last year.

CALGARY, ALBERTA – JULY 28, 2020: The ITeam has been named as one of the world’s best SMB managed service providers on the new annual Channel Futures SMB Hot 101 rankings for 2020. The ITeam provides comprehensive IT services to Alberta and Calgary businesses and has over 25 years of experience.

CALGARY, ALBERTA – May 4, 2020 – The ITeam, Calgary’s leading source for Managed IT support, was named one of Canada’s Top 100 Solution Providers during a special ceremony held April 30. The annual ranking is produced by Channel Daily News (CDN) with verification provided by IT business intelligence and analysis leader IDC Canada. Read our full announcement.

Best 50 Managed IT Companies Award (USA, Canada and UK) recognizes VARs, MSPs and ITSPs who get the highest scores for best business practices in 12 categories. Award winners are amongst the best-of-the-best in the IT Channel in their country when it comes to running their businesses. Read more. 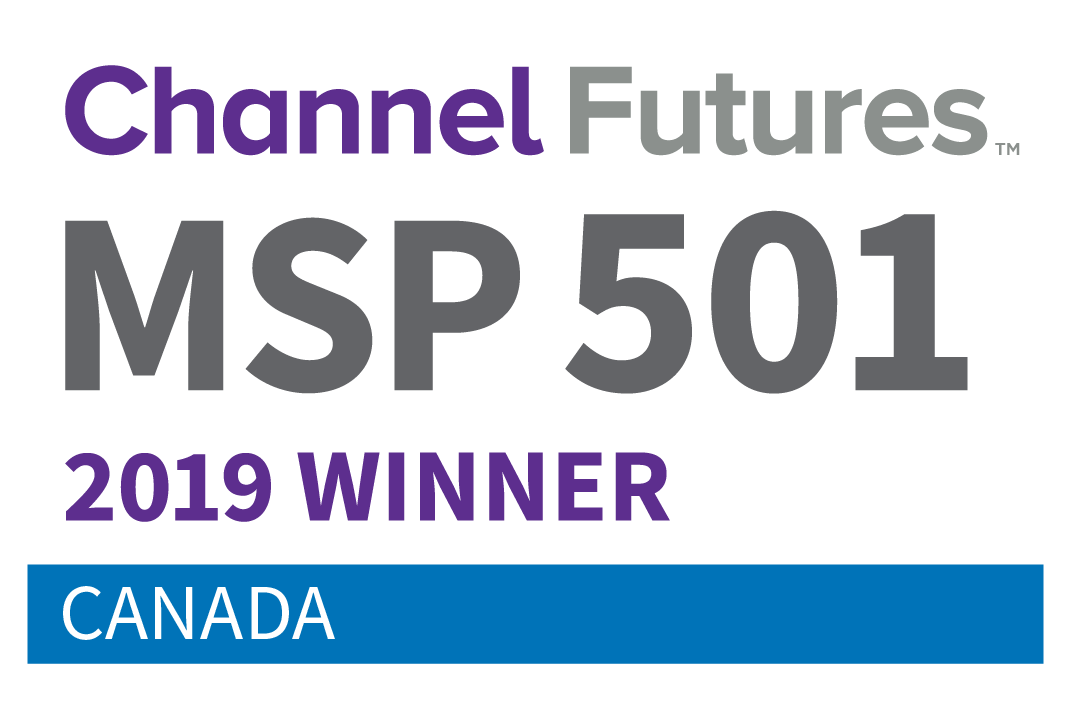 Calgary, Alberta – June 2019. Every year, MSPs worldwide complete an extensive survey and application to report their product offerings, growth rates, annual total and recurring revenues, pricing structures, revenue mix and more. MSPs were ranked according to a unique methodology that weights revenue figures according to how well the applicant’s business strategy anticipates trends in the fast-evolving channel ecosystem, and The ITeam was ranked among the most elite MSPs. The ITeam has been named as one of the world’s elite MSPs on the prestigious 12th-annual Channel Futures MSP 501 rankings. Read more. 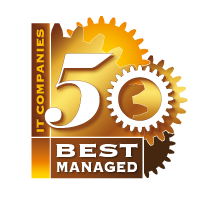 Calgary, Alberta –February 2019. The ITeam is pleased to announce that the company has been named one of Canada’s 50 best Managed IT companies in the country. This award is based on an analysis of over 200 data points covering 12 different business categories  such as sales process, marketing, operations, financial and leadership. The award also takes into consideration an analysis of several public areas, such as the strength of our digital presence including our website, social media, search engine results and marketing campaigns as well as other activities such as charity, community work, customer testimonials and other achievements.  Read more.

The MSP 501 is the first, largest, and most comprehensive ranking of managed service providers worldwide. This year Channel Futures received a record number of submissions from Europe, Asia, South America, and beyond.

“Our entire team is deserving of this honour,” said James Wagner, President, TheITeam Ltd. “Each member of our team strives to deliver the most innovative and  comprehensive solutions to our clients, helping them achieve their goals while ensuring their ongoing security. We are proud to be recognized as a forward-thinking managed service provider.” Read more.

Calgary, Alberta – April 30, 2018. The ITeam Ltd., Calgary’s leading source for Managed IT support and cloud services, is pleased to announce that the Calgary-based managed services firm has again been recognized by Computer Dealer News (CDN) as one of the 2018 CDN Top 100 Solution Providers. Read more.

Worldwide – January 2018. Computer researchers have recently found out that the main chip in most modern computers—the CPU—has a hardware bug. It’s really a design flaw in the hardware that has been there for years. This is a big deal because it affects almost every computer, including PCs, laptops, smartphones, and servers. Read more about the flaws and the steps necessary to protect your organization.

Wordwide – May 2016. Criminal hackers have released WannaCry ransomware that is causing a global epidemic. USE EXTREME CAUTION!! Read more about steps you can take to protect yourself and what to do if you become infected and download our email security guide.

Calgary, Alberta – April 2017. The ITeam Ltd., Calgary’s leading source for Managed IT support and cloud services is pleased to announce that the company has been ranked in the 2016 CDN Top 100 Solution Providers in Canada, demonstrating The ITeam’s dedication to providing clients with superior service and support of top cloud solutions.  Read more.

Calgary, Alberta – August 2016. James Wagner, President of The ITeam Ltd., was featured in an interview in CEOCFO Magazine. Mr. Wagner discussed how The ITeam provides a Virtual IT Department, Secure Server, Email Security, Disaster Recovery, Hosted Services and Managed IT Services to Calgary and Alberta businesses to help them achieve economic solutions that meet their security and infrastructure needs. Read more.

The ITeam ranks among the world’s most progressive 501 Managed Service Providers (MSPs), according to Penton Technology’s 9th-annual MSP 501 list and study. The top MSP 501 companies ranked this year include organizations from around the world and from diverse technology and business backgrounds. Collectively, they amassed $9.82 billion in sales in 2015 and increased their oversight of technology devices to more than 5.6 million. Read more.

This site uses cookies. By continuing to browse the site, you are agreeing to our use of cookies.

We may request cookies to be set on your device. We use cookies to let us know when you visit our websites, how you interact with us, to enrich your user experience, and to customize your relationship with our website.

Click on the different category headings to find out more. You can also change some of your preferences. Note that blocking some types of cookies may impact your experience on our websites and the services we are able to offer.

These cookies are strictly necessary to provide you with services available through our website and to use some of its features.

Because these cookies are strictly necessary to deliver the website, refuseing them will have impact how our site functions. You always can block or delete cookies by changing your browser settings and force blocking all cookies on this website. But this will always prompt you to accept/refuse cookies when revisiting our site.

We fully respect if you want to refuse cookies but to avoid asking you again and again kindly allow us to store a cookie for that. You are free to opt out any time or opt in for other cookies to get a better experience. If you refuse cookies we will remove all set cookies in our domain.

We provide you with a list of stored cookies on your computer in our domain so you can check what we stored. Due to security reasons we are not able to show or modify cookies from other domains. You can check these in your browser security settings.

We also use different external services like Google Webfonts, Google Maps, and external Video providers. Since these providers may collect personal data like your IP address we allow you to block them here. Please be aware that this might heavily reduce the functionality and appearance of our site. Changes will take effect once you reload the page.